Vincent Van Gogh created some of his most spectacular paintings in and around Arles France.

One of the artist's most admired works was painted at a mental institution.  It is shown in this photograph: 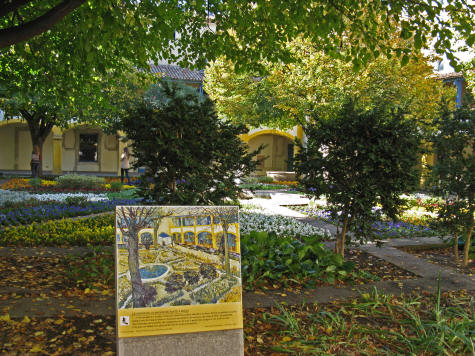 Van Gogh's painting "Starry Night Over the Rhone" was painted on the Rhone riverfront in Arles.

Starry Night later became the theme for a popular song written and sung by the American singer Don Mclean.  The following video provides an overview of Van Gogh's work and apparent suicide near Arles: