Espace Van Gogh is the mental hospital in Arles France where Vincent Van Gogh painted some of his most famous works of art.  The subject of one of these paintings was the courtyard that is found in the centre of the complex. 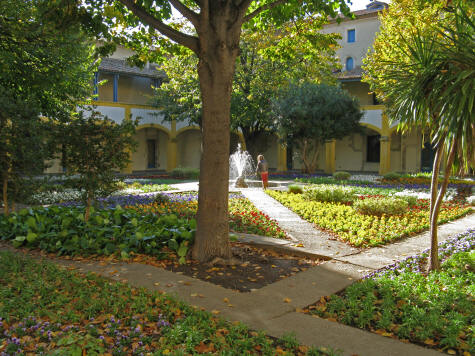 Van Gogh spend many years in the city of Arles and in the surrounding area.  He was alleged to have committed suicide in a nearby town, however, recent evidence has emerged that suggests that his death might have been accidental.