The remains of an ancient Roman theatre (Theatre Antique) can be found near the Roman Arena in Arles France.

Built in the 1st century AD, the Ancient Roman Theatre was a massive structure that seated some 10,000 spectators. 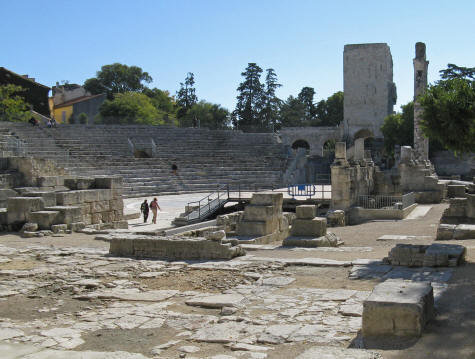 Unfortunately, most of the building was dismantled over the years and the material was used for other purposes.   Only two of the original 27 Corinthian columns still remain.